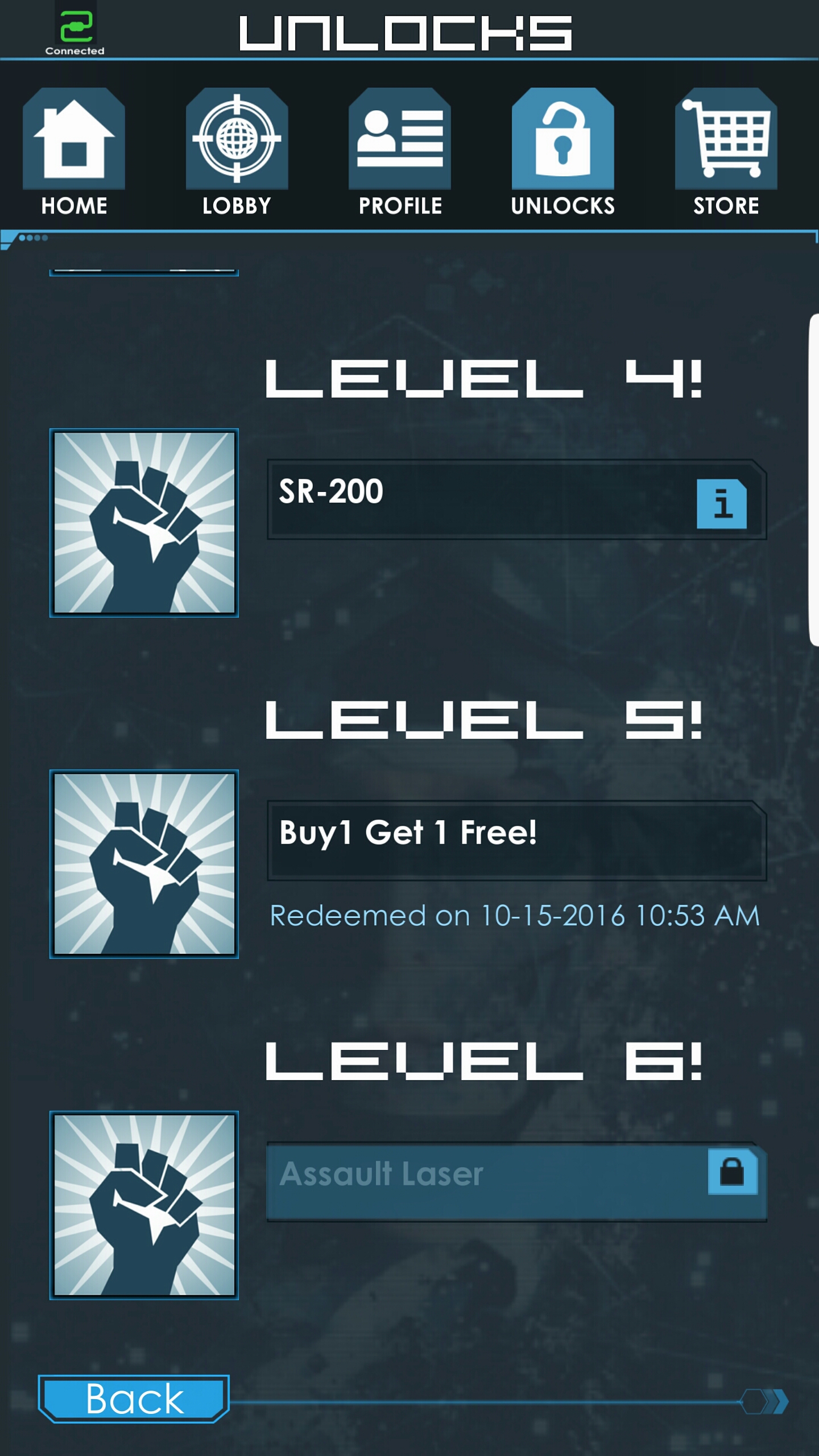 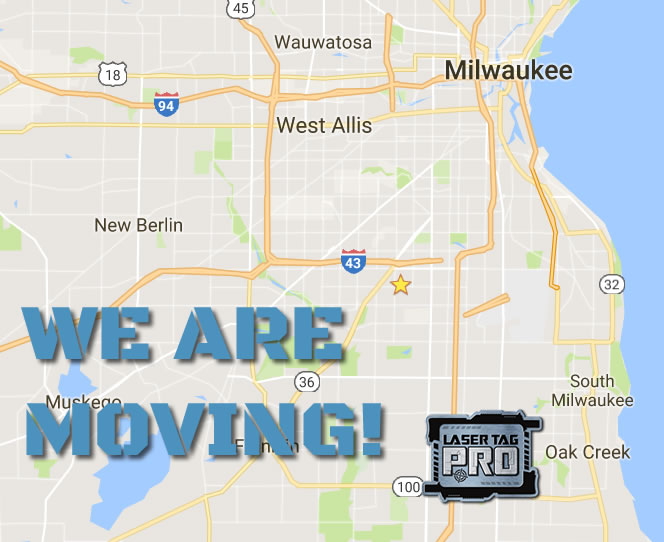 Laser Tag Pro customers can look forward to 2016 as the most exciting year yet for the company! Our schedule is jam packed with new projects, exciting opportunities, and of course, the next phase of our commercial software. In 2015, EDGE 1.0 gave Laser Tag Pro operators a centralized hub for controlling their equipment and configuring their game settings. The software eliminated the need for cloning individual guns or changing settings manually. The amount of control EDGE offers business owners is truly amazing and it is exciting to learn about all of the ways our customers are using it to improve their operations.

They say Rome wasn’t built in a day…the same goes for game changing software. We have worked diligently, increased the size of our team, and dedicated additional resources to ensure EDGE is the most immersive and forward thinking game engine that the laser tag industry has ever had to offer. EDGE is an essential tool for your business that improves the overall customer experience and ultimately, the profitability of your company. After heavy gameplay testing and feedback from our growing customer base we are excited to officially announce that EDGE 2.0 is ready for release! Version 2.0 makes many improvements upon the first by offering greater control, improved stability, fresh game options, integrated audio, and most importantly…communication with CallSign! 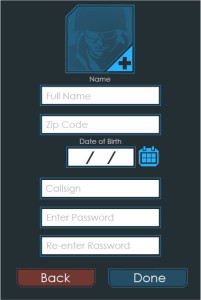 If you didn’t know this already CallSign is a unique mobile application that allows players to interact with your business, track stats, level up, unlock weapons, and socialize with their friends. These features will help you better engage customers, always keeping them coming back for more. There is no other app on the market that is like CallSign. In fact, we’ve done a broad search and found that Laser Tag Pro may be the first commercial laser tag manufacturer to launch an integrated cell phone app to specifically enhance the in-game experience. This means your business and players will get to be part of laser tag history! CallSign will be made available for Android phones along with the release of EDGE 2.0; the iOS version will be quick to follow!

By leveraging new technology and integrating it into the gameplay, a new genre of laser tag is emerging and we believe it will appeal to a wider audience. Laser Tag Pro has exhibited at some of the largest and most recognizable technology trade-shows in the world and we have been able to make connections with big names in gaming and media. For example, the announcement of the BRX at CES 2016 has drawn interest from mainstream tech websites and media personalities who might have never paid attention to laser tag in the past. This attention has put our message in front of hundreds-of-thousands of techies and gamers over the past several weeks with a message that our gaming concepts are unlike anything else on the market. 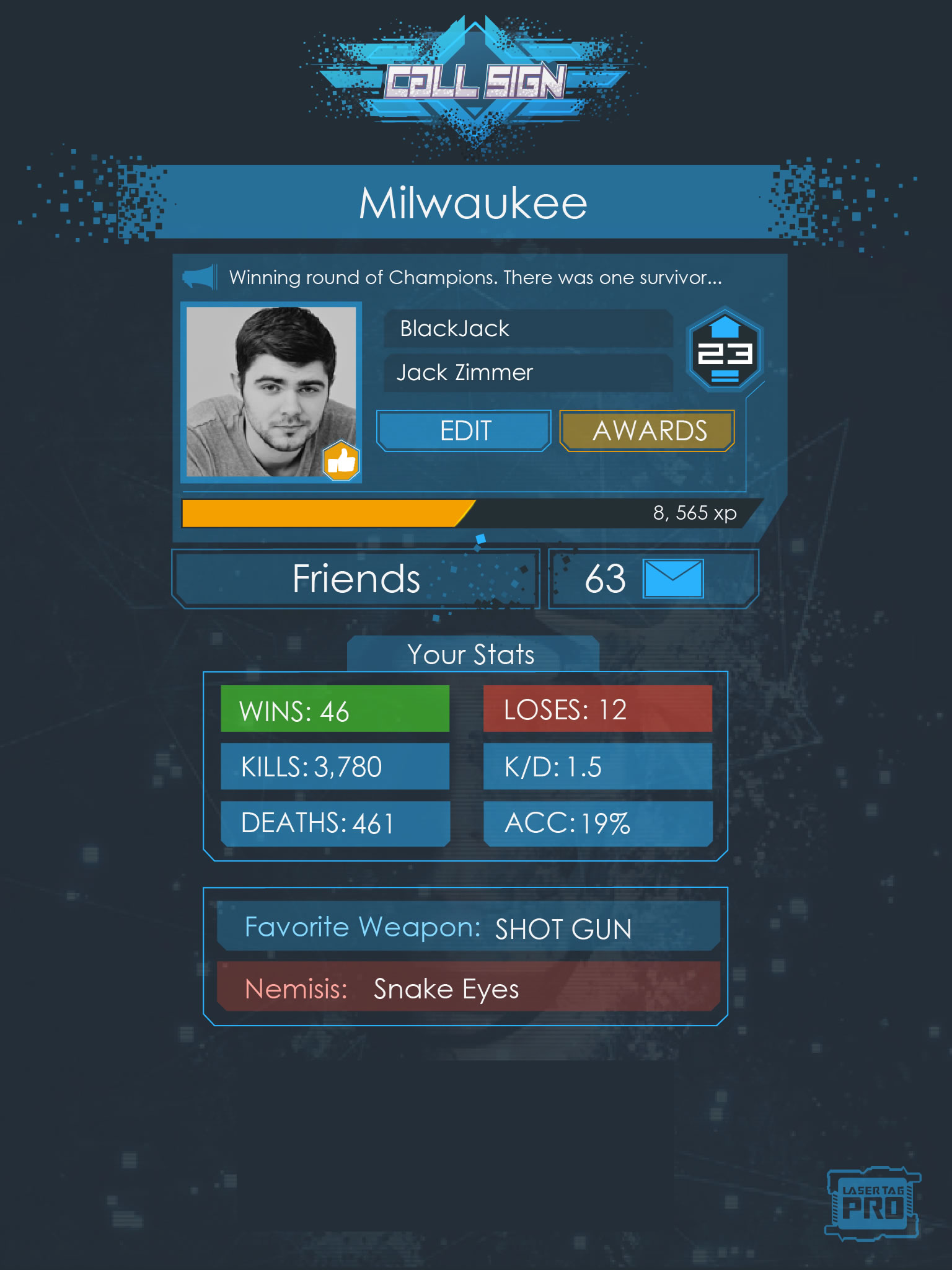 EDGE is your game engine, CallSign is the player’s interface, but you might be wondering how the two are connected. Well if you are following us on Facebook, then you probably saw pictures last weekend of our all new Admin tablet app. We have been fairly quiet about its development and today, we are excited to fill you in on some details. The Admin tablet app is a powerful tool that speeds the CallSign creation process and helps you manage the crowd of players waiting to get into a game! The Admin app will maximize your throughput which is so very important for any laser tag business.  Players can quickly create a new CallSign or login to your business with their existing CallSign on tablets that you have setup at your venue. After login, your staff can use the Admin app to activate players, change teams, and control gun assignments, effectively connecting players’ CallSigns to your EDGE system. Future design additions to the Admin app include game lobby administration, mission start/stop, and in-game player management all with the touch of a finger. Your staff will be able to move freely about your battlefield having full control over the experience with a convenient Admin tablet. Oh, and for those of you who are subscribed to EDGE, expect to get the Admin app – absolutely free!

As you read this, EDGE 2.0 and the Admin app are live and functioning at our test facility in Milwaukee which means the general software release is right around the corner! EDGE 2.0 is scheduled for release on April 14, 2016! Make sure to check back often, we’ll have updates explaining new developments and features as the release date approaches.

Beyond the excitement of EDGE and CallSign, the Battle Rifle Pro and Battle Rifle XL have also received some updates. The weapon creation and player type menus were upgraded giving you more access to powerful features and audio options available on your equipment. These new features continue to demonstrate why the Battle Rifle is the most robust piece of laser tag hardware that money can buy. If you haven’t read about the changes, take time to do so. We’ll have a new review video in the near future so you can get a closer look at all of these great upgrades! Also keep your eyes open for a brand new gun model. We will post photos on our facebook page sometime next week!